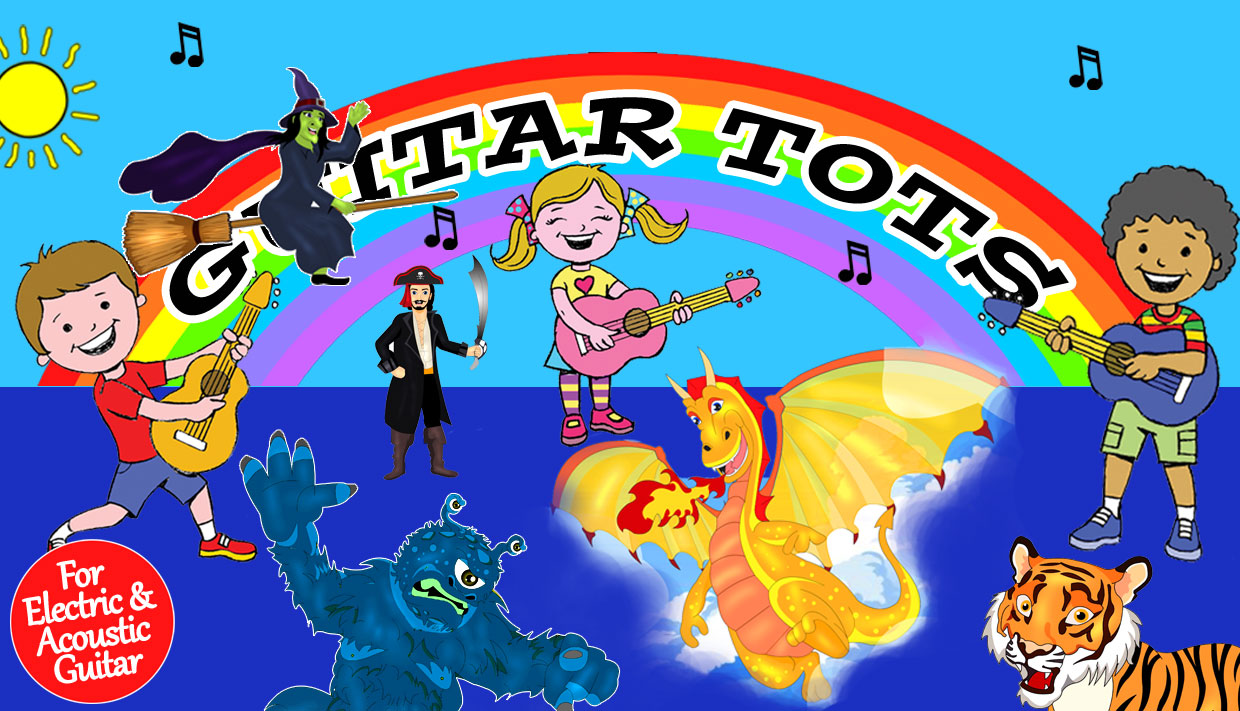 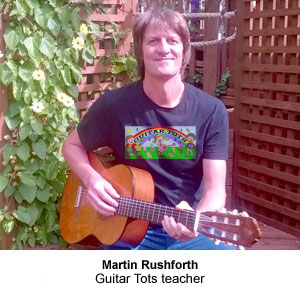 The Guitar Tots video lessons (online and DVD) are presented by Martin Rushforth who has been playing guitar for well over 30 years now and teaching guitar for over 10 years.

In that time he has learned a lot about how to tailor teaching to all kinds of people, from very young children to students who are in their 70's.

The key to teaching anyone is to make sure that the goals set in lessons are achievable and never too high so that the student gains a sense of progress.

It is also important to try and make playing guitar a fun thing to do and never a chore, whilst at the same time learning important technique and understanding of the instrument.

Being able to play guitar has given Martin many years of pleasure and he is keen to pass on his knowledge to others.

A short message from Martin

In a 30 minute lesson you think that you are in complete control of the situation and then suddenly you become aware that actually they have been running the lesson all along, and there's no problem with that!

As long as they have learned something of value in that 30 minute period, even a new note or a chord, then you and they have achieved great things!

I never tire of seeing the excitement on a kid's face when they are singing and playing a song.

Allow them to explore, to enjoy and occasionally allow them to take charge and they will flourish into wonderful musicians.

All the best. Martin."

One day I took a call from a young mother called Gemma asking me if I would teach her 3 year old daughter Alice how to play guitar. I'd been used to teaching kids as young as 7 and already knew that even at that age kids were quite challenging to teach guitar to.

I politely tried to talk her out of it saying that 3 years old would be far too young, but she was quite insistent that Alice had a guitar and wanted to learn how to play it. So after a 10 minute chat I agreed to go round and give Alice her first lesson the following Wednesday.

So the day arrived, the three of us sat in her living room and I began teaching Alice in the same way I would a 7 year old and...I was right...the teaching method was far too advanced and very quickly Alice became bored and distracted.

It felt like the longest half hour lesson I had ever given, and at the end of it, as I was about to say 'I told you she was too young' Gemma asked if I would come again the following week.

I didn't want to give up on Alice so I had to think carefully about how to make guitar lessons work for her. At the time I had a 4 year old grandaughter myself and knew how much she liked cartoon characters, colouring and playing games, so I began to put a lesson plan together which incorporated all this and at the same time teach Alice some things about playing guitar.

That's where I developed Guitar Tots...two years on and I still teach Alice every Wednesday after school and she's flourishing as a guitar player.

Watch the Guitar Tots method in action with this 5 year old...

Martin lives in the UK, a busy town called Stevenage where he teaches privately: www.guitarlessonsstevenage.co.uk

He also performs in a duo 'Beatroot' regularly: www.lemonrock.com/beatroot 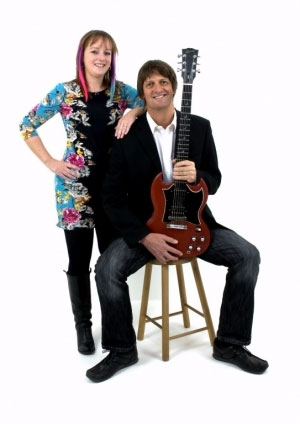 In 2012 Martin set up a successful singing group - Sing Rock which meets every week and also performs live in the UK: www.singrock.co.uk

Martin performing at an open air festival with Sing Rock.